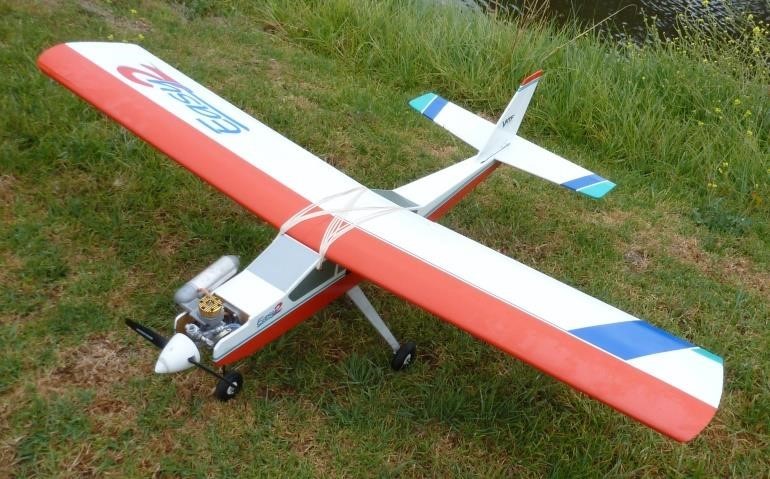 Your editor was asked by a Mountain View resident whether we could use a model airplane collection which had belomged to his uncle, so on Sunday, June 2nd we auctioned the collection off. As might have been anticipated a lot of stuff was unsaleable, or had to be given away, but we did make $120, 0f which 80% was sent to the donor, and 20% went to the RC Bees funds. So we did our good deed for the day to everyone’s satisfaction, I believe.

One of the airplanes, the best and most complete kit in the auction, an Easy 2 by VRTF, was bought by Dan Daniels and stepson James Stubblefield. Within a couple of weeks they had it out flying, and very nicely, they reported. Here it is. 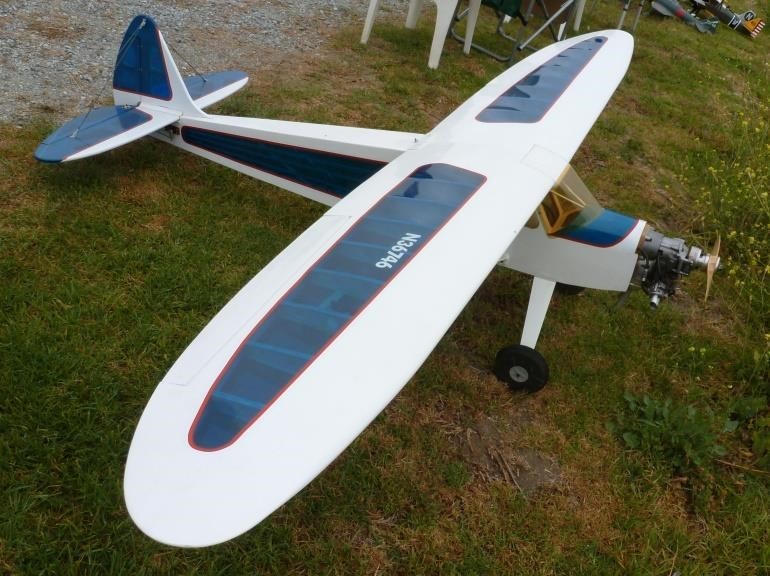 Your editor inherited a smaller version from John Nohrden, which doesn’t have ailerons, and probably needs them. The big airplane is so equipped. Maybe Max Trescott took a video of the flight (here he is). Photo above by Max. This is from the video. And your editor got a few pictures also – a little bit like dots on the horizon, but you get the general idea!

Jacob Boracca and his dad brought along their 109” Extra 300, powered by a DA 100 cc. engine, now complete with smoke equipment. 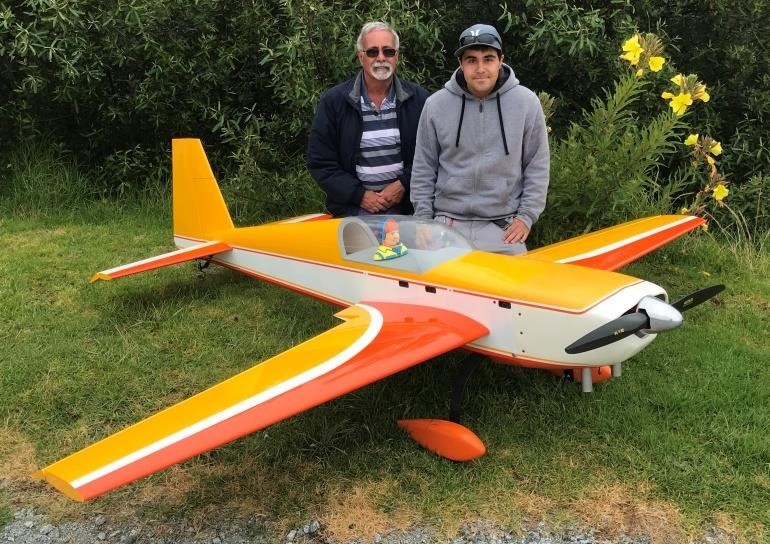 Max Trescott took a video of the flight (here he is). Photo above by Max
.

This is from the video. 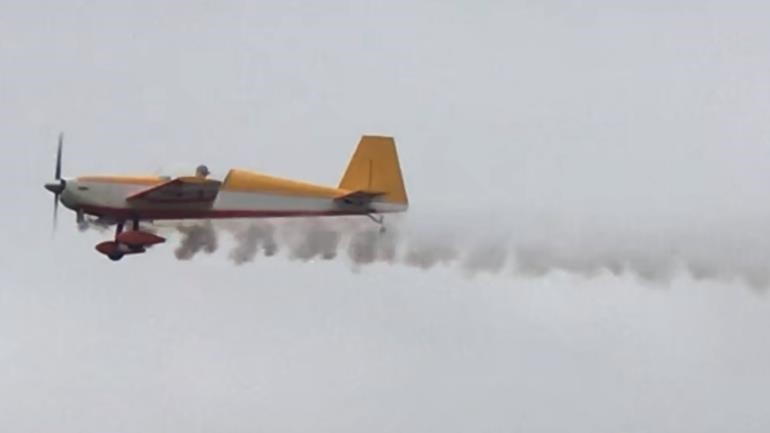 And your editor got a few  pictures also – a little bit like dots on the horizon, but you get the general idea! 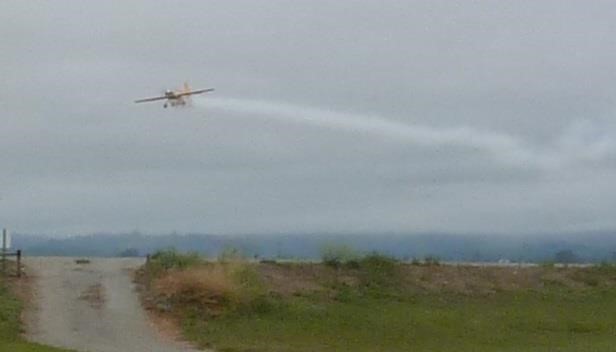 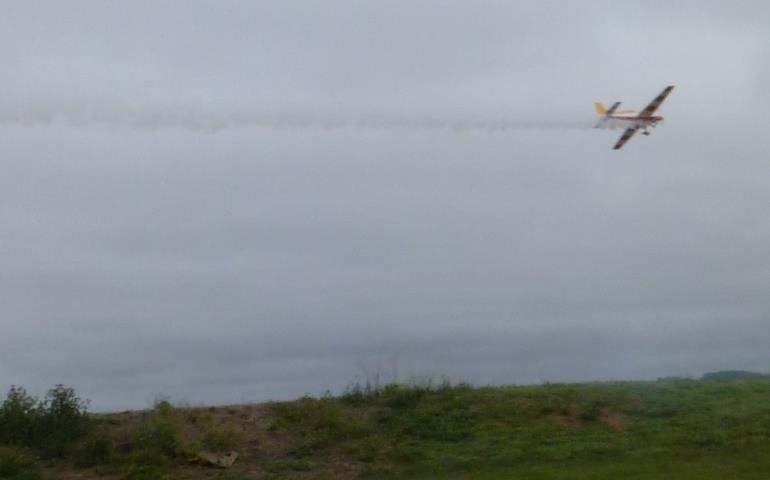 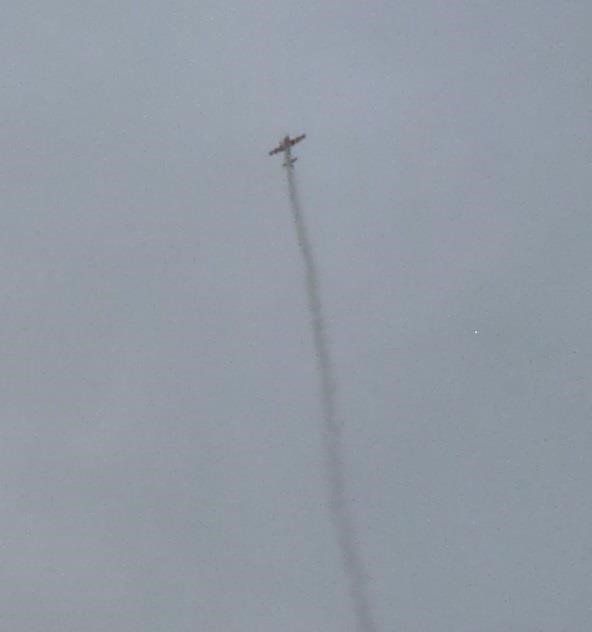 Great display, Jacob, we all enjoyed it!

For a complete change of pace, Bob Frogner has been delving into automated machining – we’ve seen his article and results of his 3-d printing exercises, and now is looking at laser cutting. The picture following shows his friend’s efforts with a Glow Forge Pro machine.

This is just a trial to show what can be done for starters, but we’ll look gorward to seeing how Bob adapts this technique to his model airplane designs.

George Mckeon is always on the look-out for a new airplane at a swap meet, and picked this one up in

Santa Rosa recently. It’s a 73” wingspan Extra 300 in which he’s installed a DLE 35 motor. He has added some carbon fiber strengthening rods down the fuselage, and has had to throw some weight in the nose to balance the airplane, and we’ll eagerly await its first flights at our field. 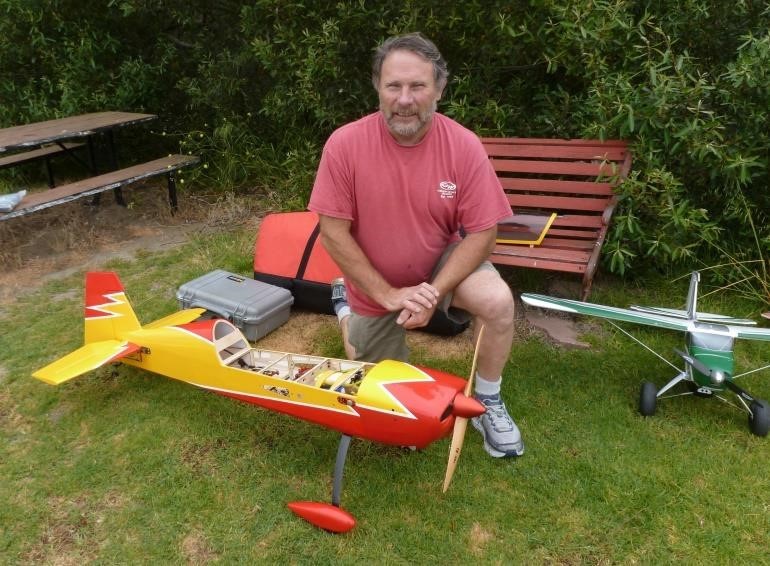