Next we see yet another Johnny Skoch model, this being built from his Piper Cub kit by Dan Daniels and Jesse Gifford. To the surprise of old-timers like myself, this is Jesse’s first attempt at building from a kit (one wing), as opposed to assembling an Almost-Ready-To-Fly! The airplane is being equipped with an OS 70 four-stroke, and should be a fine flyer.

John Williams now has assembled one of Bill

Boone’s old glider kits, with the wing nicely recovered by Richard Tacklind. It was reprogrammed and successfully flown by Steve

We’ve seen Richard Ludt’s Curtiss P-6E before, but it’s nice enough that it deserves a picture on its own! Here it is getting ready for take-off. 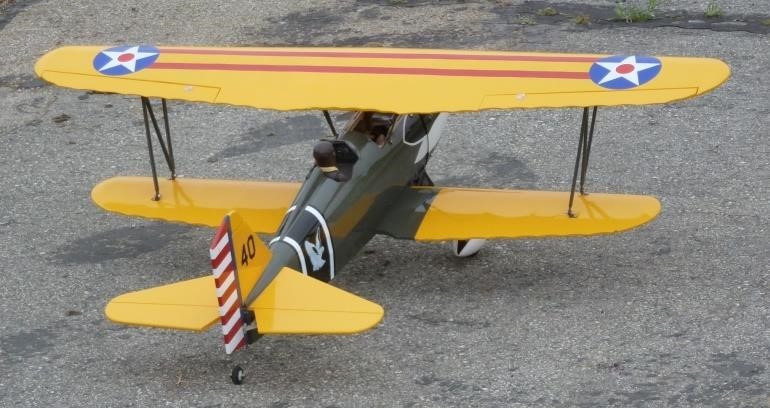 Bob Frogner has modified his trainer to include onboard telemetry – it’s in there somewhere! 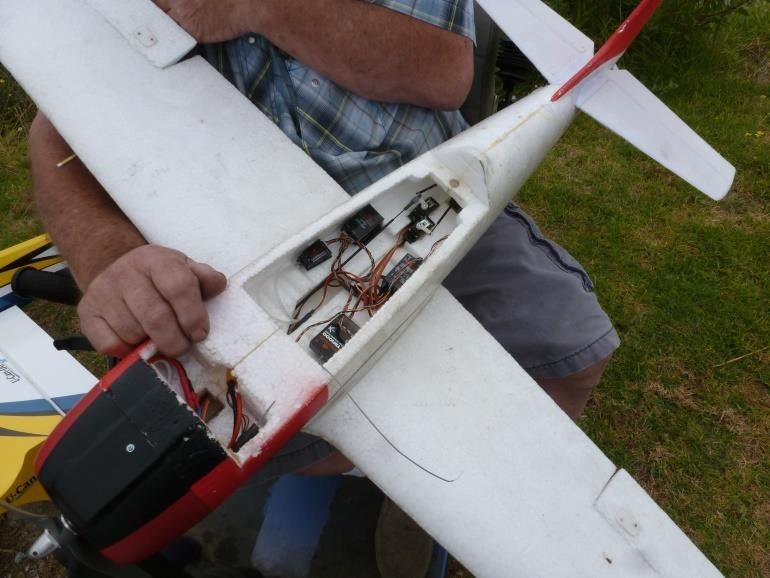 A passing canoer, paddling by with his son, volunteered to salvage a couple of models which had got stuck in inaccessible (to us) foliage, and retrieved them for us. What a nice man. Thank you so much!

Here’s one of them in the next column, a bit bedraggled, being held by David Albano, father of Joshua Albano, who lost his plane some time ago. Check out the big smile on his face! 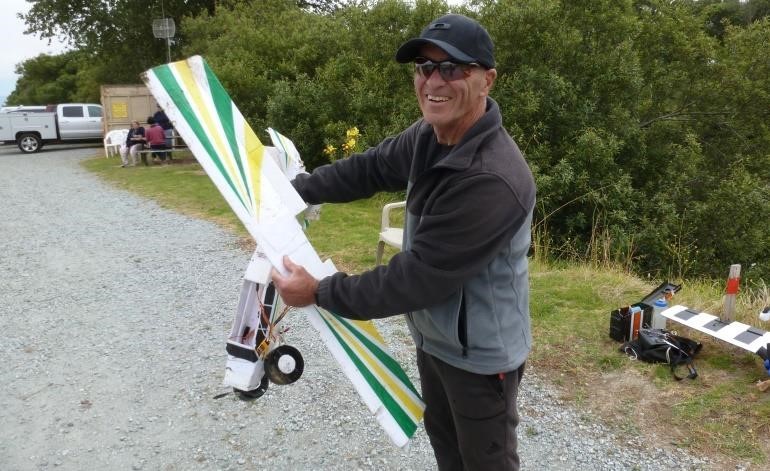 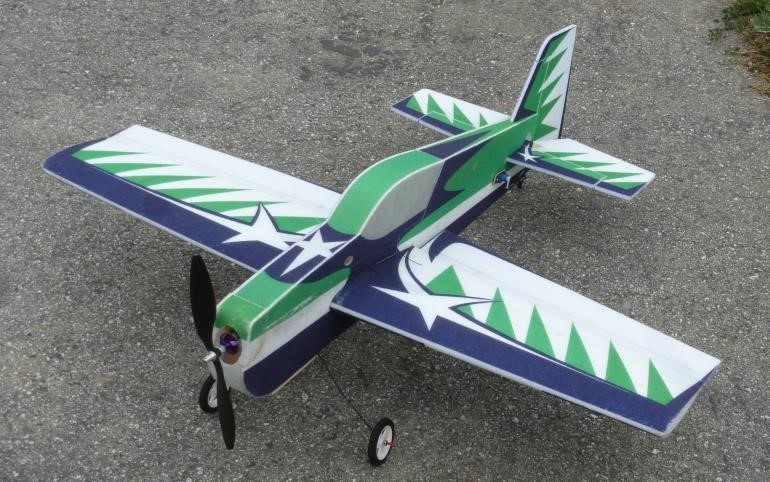 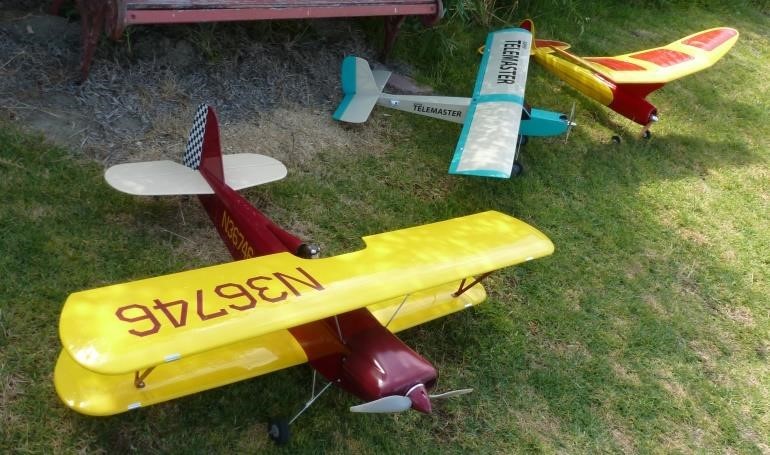 Weve got yet another mid-size P-51 to add to the RC Bees collection, this one by Dynam, recently purchased by Hugh Chalmers. In the background can be seen Michael Evans trundling his Extra 300 into the pits after another successful flight. 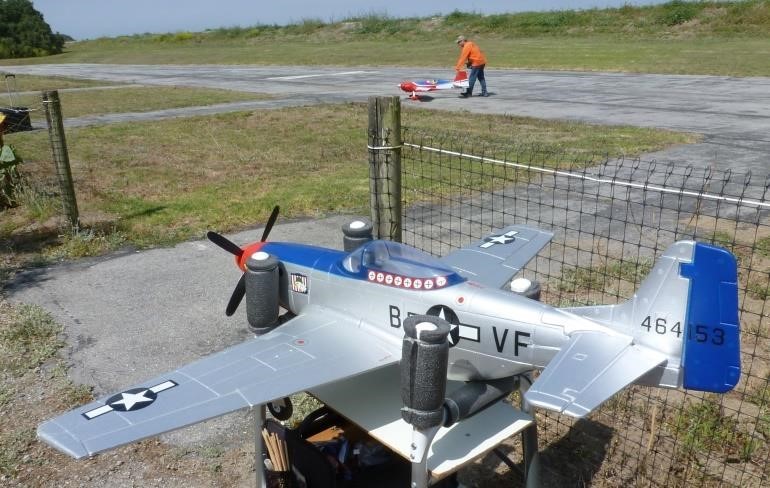 Jesse Gifford brought his 2-burner cook-top, and he and Laurie Trescott made breakfast for a group of obviously starving RC flyers – – – 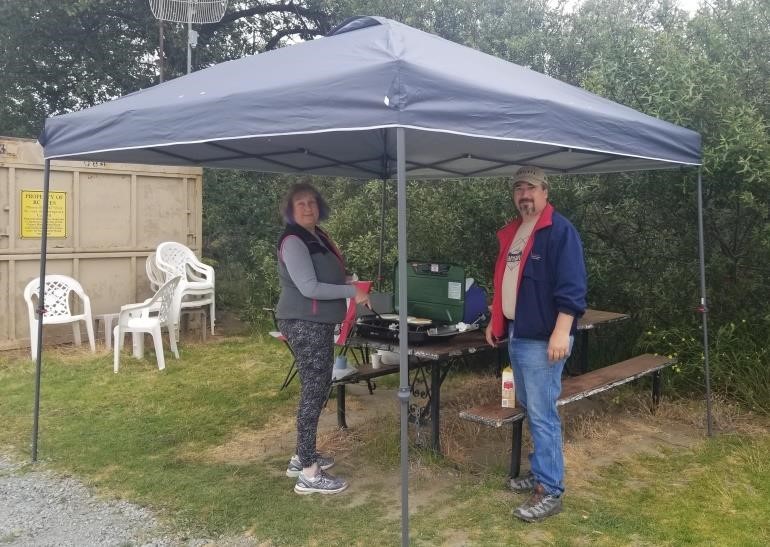 –    and Steve Boracca helped with clearing up. 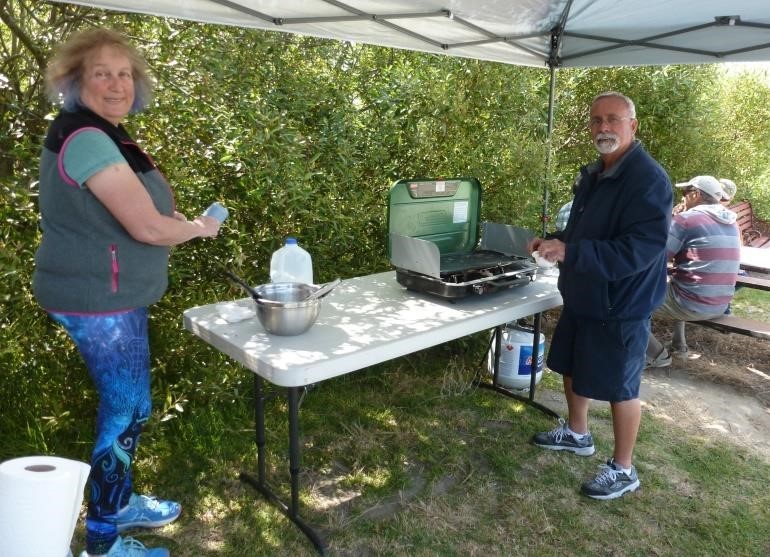 Bob Frogner’s latest quickly built foamie is a Mig 29 made from plans by RC Power. 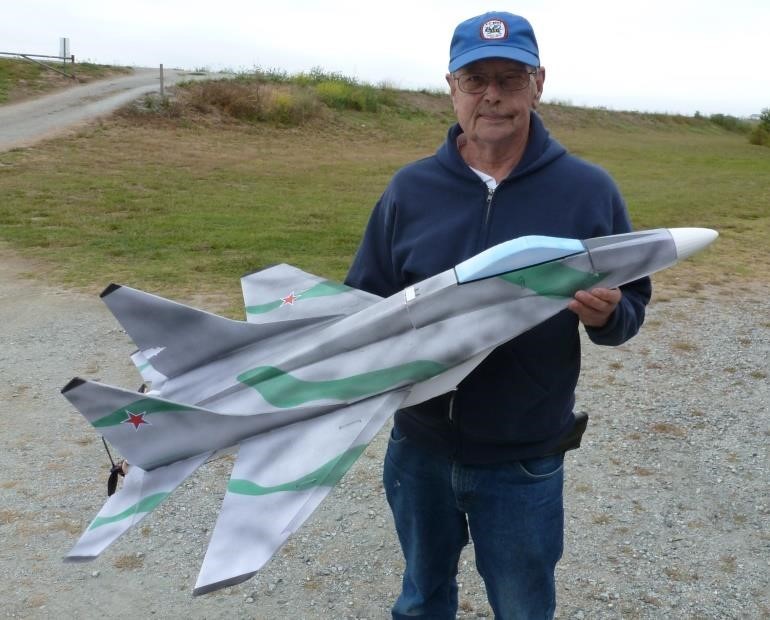 We’ve seen Steve Jones’Sukhoi before, but once again it was a treat to see it flown in an excellent pattern routine – here just preparing for take-off. 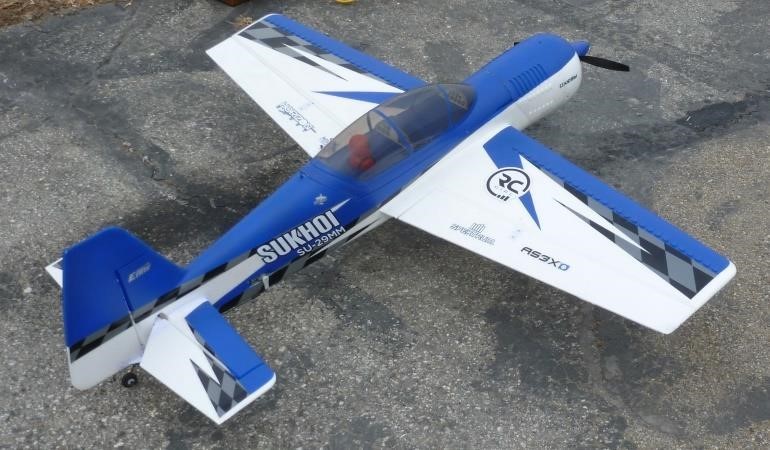 Just last month we saw George McKeon’s newly acquired 73” wingspan Extra 300. He told us how he had strengthened it, and had to add weight to keep it balanced. More Extra weight (pun intended) meant higher flying speeds and higher loads in turns. This appeared to result in stalling on the downwind leg, with the unfortunate results seen here. Definitely not repairable. Very sad. 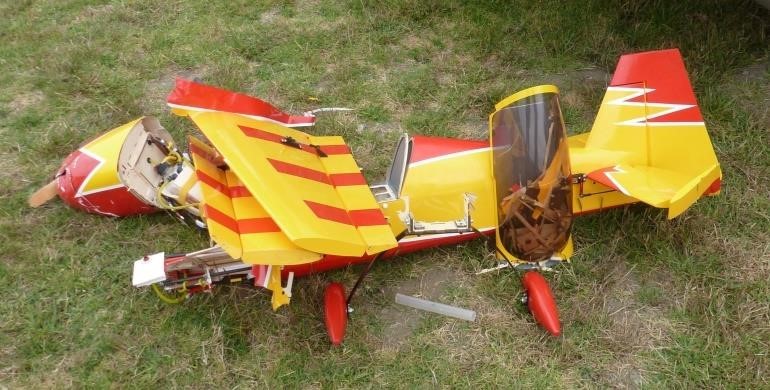