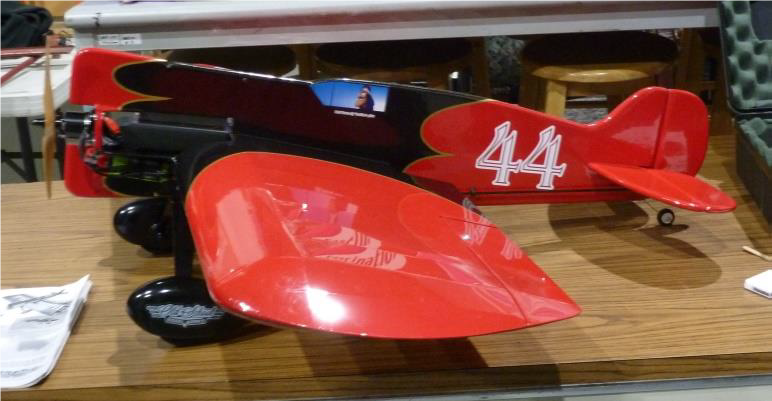 The meeting was opened at 7:34p.m. on November 21st by president Steve Boracca with 22 members present. As the annual elections were to be held for club officers for 2020, we needed a quorum of at least 25% of the membership. This was achieved comfortably. The minutes of the October meeting were approved, and the treasurer’s report was given to us by our treasurer, Richard Ludt. The report reflected the $4000 spent on resurfacing the runway, and was approved by all present. Steve Boracca noted that we will widen the center white line, but in all other respects the work is now complete. Also, if we get some rain (which of course has since materialized), we have a few areas that need seeding around the periphery.

Laurie Trescott commented further on the holiday dinner coming up on December 19th, and requested members who plan to attend to let her know, together with what dishes they may be bringing.

The main business of the November meeting is the election of officers for the coming year, and this was proceeded with next.

First, our president was unanimously re-elected, and Steve was happy to continue in this position.

Dan Morris felt that he could no longer continue as vice-president and contest director, and was heartily applauded for the fine work he had done in those positions. Jesse Gifford, who has been his able assistant in both these areas, volunteered to take on these tasks, fully agreed to by the voting membership.

Richard Ludt, our excellent treasurer, agreed to continue in this position, and received unanimous agreement from the membership.

Alan Brown, who has been newsletter editor and secretary since 2003, and is now ninety, is stepping down, and Jim Williams will take on the newsletter editing job. Laurie Trescott volunteered for the position of secretary. Both positions were agreed to 100% by the attending membership.

There were no proposed changes to the club governing board or safety officers, and that concluded the election of officers for 2020.

Richard Tacklind came up with an Old School Trophy Racer on which, no doubt with his brother’s help, he had a fine two-dimensional pilot inscribed with the words ‘Dick “dastardly” Tacklind pilot’.

George McKeon has put together a very fine model of the Northrop B-2 Stealth Bomber. We look forward to seeing it fly. The full-size airplane had a fairly complicated aileron/rudder combination.

Dan Daniels is putting together one of those old-fashioned (which your editor loves!) balsa airplanes. Hope I got the builder correctly!

We welcomed new member Gary Boothman, who showed us his Havok, very nicely made.

And Hugh Chalmers works on an Augusti S.

George McKeon showed us a Power Zone 2600 FPV which he had acquired from Johnny Skoch. It has a 9’ 4” wingspan. Should be a great flyer!

And in another swap between club members, Dan Daniels got this Fascination from Jerry Arana. Should be another great flyer!

Not much down by the river this month with all the well-needed rain we’ve had, so the news is confined to one Sunday.

Bob Frogner seems to be always inventing a useful tool for us modelers, and here is a device for cutting slots in foam. Like all good inventions, it is simple and extremely effective.

And Jacob Boracca helps him fly it. Joshua is really coming along very well as a pilot. Great!