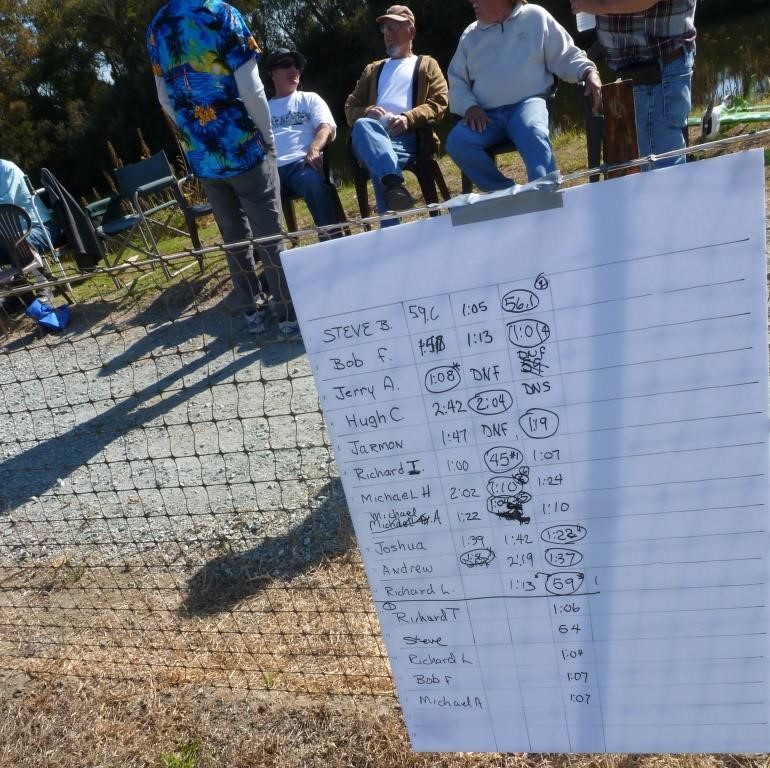 The meeting was opened at 7:32p.m. on October 17th by president Steve Boracca with fourteen members present. The minutes of the September meeting were approved, and the treasurer’s report was given to us by our treasurer, Richard Ludt. Outgoings were about equal to incomings, and the report was approved unanimously.

The runway resurfacing is now completed, and Steve thanked Jesse Gifford for his work with the contractors, and to all those who helped put the finishing touches to the work. In addition to the work noted in last month’s newsletter, the centerline was painted on Sunday, October 13th, and Hugh Chalmers did extra work on Monday, finishing painting crosses. The total cost was $4000 to the contractor and $120 for paint, etc.

It’s getting to that time of year for renewing our annual dues. Please get them in promptly, noting that you should first have your AMA subscription up to date. Richard noted that it would be sufficient for members to include the number of their AMA card.

Dan Morris talked about the upcoming pylon racing on the following Sunday, October 20th, with some detail including a map of the course. Although this had been sent out to all members, it’s worth repeating here for its absolute clarity and level of information. 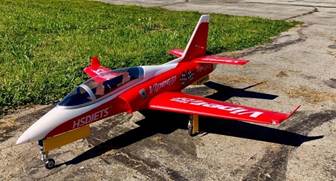 Jeff Wells brought three planes to be donated to the club. 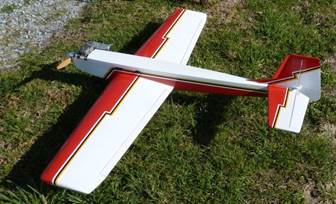 On the left is a Spirit, in the center a very nice looking Freewing Moray from Motion RC, not sure what the third airplane is. Anyone interested contact Steve Boracca.

Jim Williams showed an ex-Johnny Skoch Super Sportster, beautifully made by him, as usual.

And finally a Foamin’ at the Mouth profile B-36 from Dan Morris (I think). 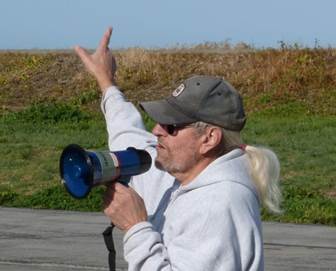 It’s just about party time again! You and your family are invited to our festive and always tasty holiday potluck. We’re getting pretty good at this — we are now up to year 5 for this event and each year we’ve had more people show up and our menu
has grown! Our celebration is conveniently scheduled for our usual Thursday meeting, December 19th, starting earlier than a typical meeting at 6:30 PM, located at our regular meeting place in the EAA hangar. My team of elves will help transform the space to a seasonally festive atmosphere so that we can all sit around the tables and enjoy really good food and drink and each other’s company. I (Laurie) am just beginning to organize all the food offerings — please let me know what appetizers, main dishes and sides, and/or desserts you’d like to cook, bake, or otherwise contribute to our feast. Email me at Sundncr88@comcast.net and let me know who in your family is coming (including yourself) and what you will bring to the potluck making it even better than last year.

Our major event this last month was the pylon race on Sunday, October 20th, run very effectively by our contest director, Dan Morris. Here is his report.

Each pilot flew in three heats. A total of 6 heats were flown. 5 pilots with the fastest time in one of the heats were selected for the championship race.

The winning order was

It was fast paced and without Jesse Gifford’s fantastic time keeping these records would not be possible. Jesse, thank you so much!!

Steve and Laurie served up a fine lunch to close out the event.

Thanks to all that attended and helped with the activities.
Dan Morris.

This fine overhead shot of the contestants on the runway was taken by Michael Hushaw, as was the group picture of contestants and spectators taken during the event, shown below. 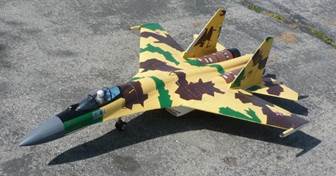 Jerry Arana proved that even the best pilots can’t afford to take their eyes off their own plane, here an Adrenal Rush, even for a few moments! That’s Steve Boracca’s ultimate winning T-38 in the background. 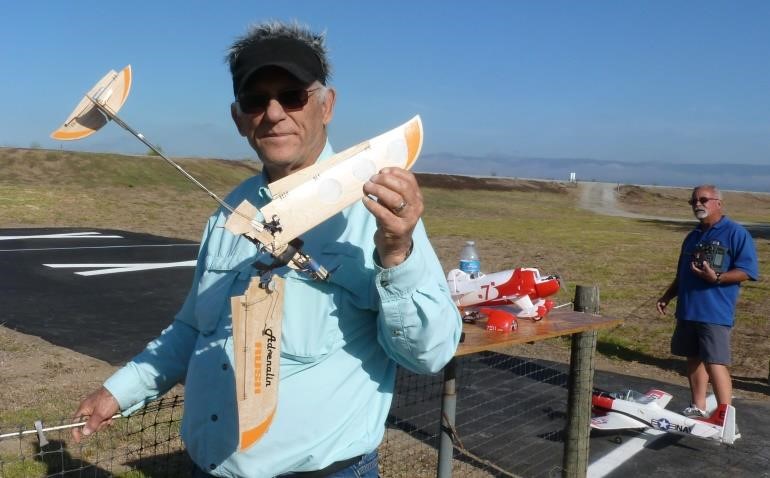 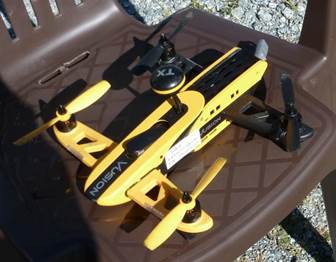 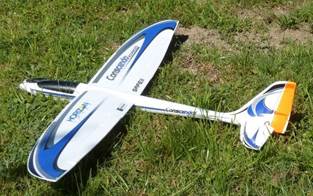 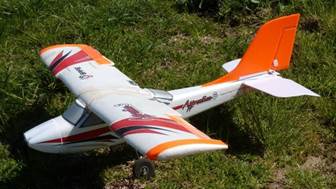 We ate and flew, thanks to Steve and Laurie! 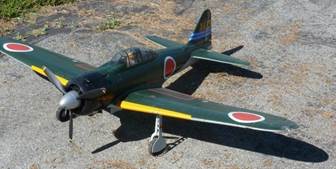 The score card was kept up to date continuously, thanks to contest director, Dan Morris and Jesse Gifford, with the final results as shown by Dan earlier. 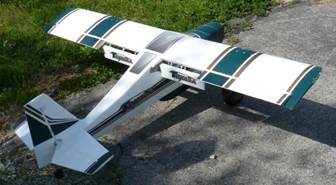 The following Sunday brought out from Extreme Flight Legacy Aviation a Turbo Bushmaster. This is Keith Wigley’s latest, and at 84” wingspan is a commendably light eight pounds. Check out the control size and movement. At seven feet wingspan, this is an awesome 3D performer!

Below the Bushmaster is Max Trescott’s P-51. Keen observers will note that Max has modified it to the rarely seen semi-radial-engined version. As far as we know, this variation hasn’t been seen anywhere except at the RC Bees field, and so we must congratulate Max on its uniqueness!

Below is an ex-Jeff Wells Piper Cub, one of those which he had to get rid of for space reasons. It’s gone to a good home with Hugh Chalmers, we’re pleased to say.

Small airplanes are getting more amazing every day, it seems. Allen Ginzburg, Steve Boracca, and new members Daniel Lipovetsky and son Harper found that they had all recently got E-Flite AS3X’s, and so entertained us with an unrehearsed formation flight several times around the field. This was a really spectacular display, enjoyed by all of us fortunate enough to see it. 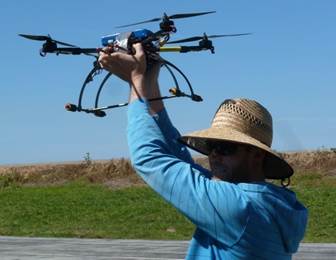 Don Edwards picked up his third Sukhoi (another from Jeff Wells?), and put his trusty red and yellow spray cans to work to ensure that everyone would know just who it belonged to! And very nice it looks, too. Don also has three T-28’s for sale. 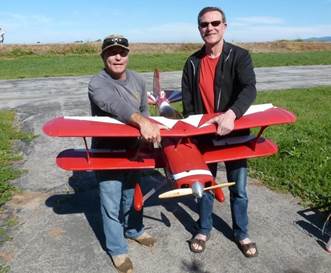 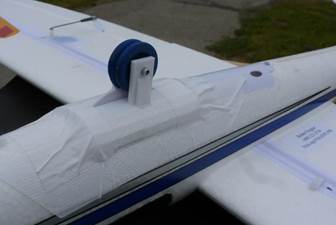 Jesse Gifford’s E-Flite Extra 300 taking off, followed by Jay Petty and his E-Flite Radian (hope I got that right!). And that’s all, folks! 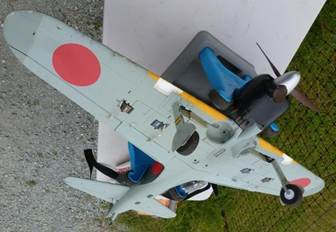 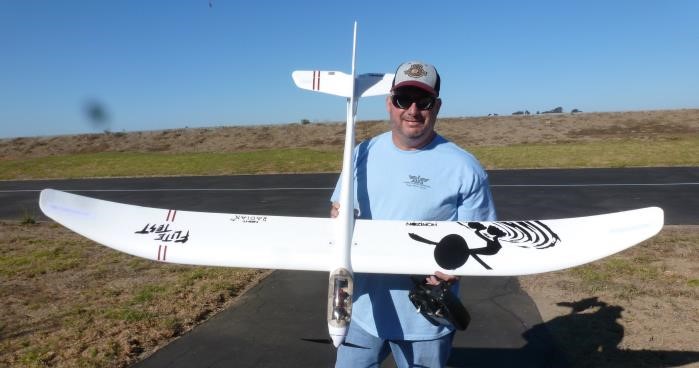